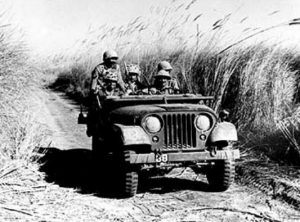 At 3:00 AM on September 6, 1965, without a formal declaration of war, Indians crossed the international border of West Pakistan and launched a three-pronged offensive against Lahore, Sialkot and Rajasthan. There was a fierce tank battle on the plains of Punjab. The domestic Indo-Pak conflict transformed into an international conflict and raised Super Power concerns.